As ever there are some very talented guys blogging away and its great for me to have my name on the board. I have not been as prolific as I would have liked recently but it has still been a great year for my blog seeing numbers of hits double and triple along with my first sponsorship from Veeam and PHD Virtual.

While I would love for you to vote for vmackem.co.uk make sure you do go through the voting process as for any blogger to get onto the top 100 is a great achievement. Although we all know yellow-bricks.com (Duncan Epping – @DuncanYB) will win yet again.

So another VMworld Europe is over and the majority of attendees will be left with a sense of satisfaction and a slightly painful hangover. Also some with iPads, net-books and countless T-shirts, USB keys, pens and even sponsored energy drinks.

This years show was widely criticized when it was announced for being so close to the main event in San Fran and it was anticipated that the number of attendees and vendors would have been effected. This was true to a certain extent but other factors compensated.

The technology presented by VMware at this show was not the staggering list of features and new products we had in Cannes however it was more than enough to get our teeth into. The focus was mainly around vCD and its peripherals (vSheild, Chargeback, Networking etc etc). We also saw plenty on View 4.5 and its evolution. I also particularly liked the look of project ‘Horizon’ which will be VMware SaaS solution arriving some time next year.

The vendors had plenty of tech to keep us all interested between Breakout Sessions and it was interesting to see how the landscape is changing from a vendor perspective. Some very interesting solutions to the old VDI I/O bottle neck issue seemed to grab my attention and the guys at Atlantis Computing were on the full marketing warpath. I also liked what HP/3par are trying to do and the direction that venture takes will be hugely interesting and could make a huge mark in the VDI space. Perhaps is the tide is theoretical tide is swinging back towards SAN than local disk?? I think I’m edging into dangerous territory and getting away from the point….

I’m a big fan of UCS and that and he vBlock were really interesting to get a good look at in the flesh. While im not as much of an ITIL guru as Steve Chambers (anyone following Steve will know this) I am still very much of that way of thinking so Service Manager really captured my attention and vCloud request manager also looked to fit the cloud model very well.

Paul Maritz announced that this has topped 6000, a record for the Europe event.

Compared to the Cannes show last year (seems allot longer) I did not notice a great deal of vendors (that I cared about anyway) being missing from the event.

Copenhagen is an inspiring an beautiful city with excellent transport and plenty of accommodation. Its night life left there to be plenty to do outside the event. 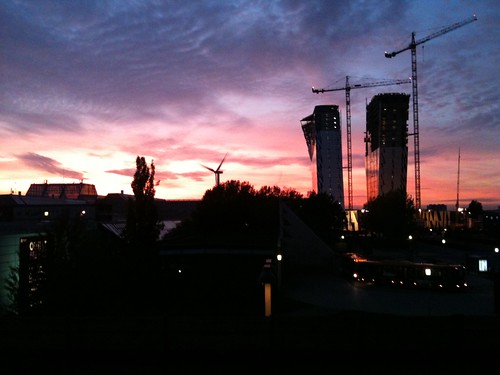 Overall the Bella Centre was more that adequate for the event. As it was scaled down somewhat this year there was more than enough room to host such an event.

This year seemed to have more vendor parties than ever. I was pressed frequently by attractive young girls trying to get me to go their party. It was plainly obvious that those girls wouldn’t actual be there though.  I hit the VMUG party on the Monday evening and the Veeam party Wednesday and despite the tiredness had a great time at both. 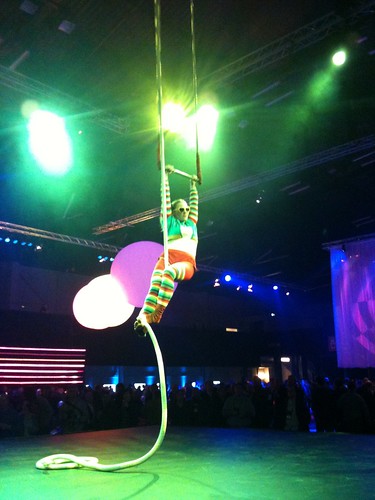 This year year in San Fran we saw the Labs being delivered by a cloud service provider for the very first time. This theme was continued in Copenhagen and I was very pleased to see that the Lab team reached there goals on VMs created and destroyed and people attending.

I found the labs them selves to work very well and they were responsive and I had not issue. One person next to me had all sorts of issues however and had to keep getting an engineer over to help, I initially though bad things about the lab he was doing but when he asked what ‘putty’ was and what ‘ssh’ was to the response to his first question I realised it was more likely user error. 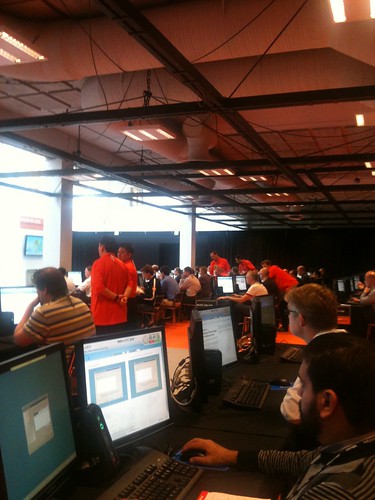 I really liked the format of a few of the breakouts where it was basically an intimate 15 or 20:1 ratio to the tech lead. This was far for more informative and I felt I got an honest and frank answer to most of the questions I asked. I also like the ‘Who want to be a millionaire style surveys at the beginning.

I was blown away by this as I did not expect there to be level of attention around this. I always knew that this area was popular and the amount of people trying to get into the social scene (me included) has exploded in the last 18 months (I think I may have said that in my interview a few times haha). You only have to look at the VMUGs and there popularity along with the vbeers events to see how much people enjoy spending time in the company of like minded people.

I was very pleased to have been involved with this and meet some really cool (geek cool that is) people that I will defiantly keep in contact with. 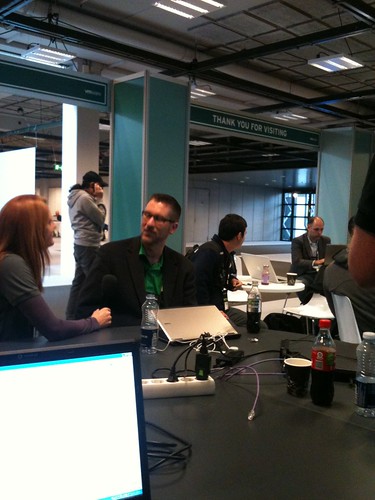 While there was plenty to consider with the announcements (specifically Horizon, View 4.5 and vCD) there was no getting away from the fact these technologies had been announced and being used for a fair number of weeks. This gave enough time for everyone to find the failures and missing features that most VMworld’s would not experience. I know I may be a minority on this looking at the % of attendees but the advanced guys were all feeling a little deflated. As a result the Breakout Session often felt like pure marketing and not technical. Perhaps I’m being a little over critical here but I can not honestly say I went away thinking I have learned anything new that I didn’t already know from reading the announcements or playing with the products prier to the show.

As a result of the lack of technology announcements the Breakout Session often felt like pure marketing and not technical. Perhaps I’m being a over critical here but I can not honestly say I went away thinking I have learned anything new that I didn’t already know from reading the announcements, documentation or playing with the products prier to the show.

While on the whole i liked the labs and there structure I thought that the queues were allot worse than Cannes. This is in part to the ‘cloud’ way it was done, Cannes had separate banks of desks for each lab. This meant that if you arrived at a lab that had a huge queue you could do your second or 3rd choice. I found the queuing in Copenhagen frustrating and as a result I didn’t get as many labs done as Id have liked. Many be if id been more dedicated then id have arrived at 8 every day.

While I dont think the venue was bad I though the food was a far cry to that in Cannes. Im not a fussy eater however the lack of variety and the peculiar food combinations meant that I was left with bagels most days. When I did try the hot food (lamb curry I think) it was warm at best.

The main party lacked something this year while basically a similar setup to the Cannes (games machines etc) it lacked a certain intimacy you got at last years venue and felt a little like we were all cattle in a barn being made to force drink and much larger as possible. Not to say i didn’t at least try and drink as much as i could ;-). Id say the place was only half full by 10:30 as most vendors had dragged people off to bars. Also the pre main event entertainment was a little boring and the 60’s theme was very odd. On the bright side I was with great company and any party is only as good as what you make it.

Much smaller exchange from Cannes. While I don’t think there was a radically reduced vendor attendance the size of the booths were much reduced. As was the free gifts. The iPad giveaways from the bigger vendors draw crowds but the usual gift were reduced to pens and hats.

The not so great: 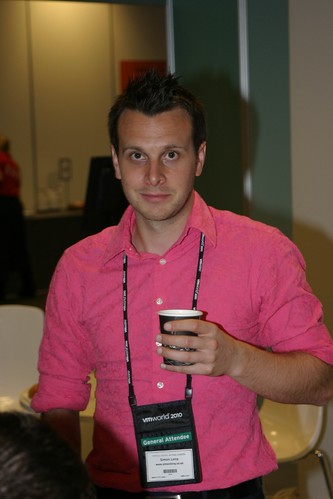 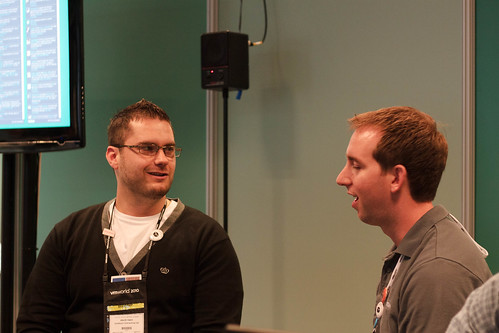 All in all I enjoyed this years VMworld immensely and most of the bad points I highlighted are not issues I would think would put me off. If I had to say which was the best out of Cannes and Copenhagen I would probably have to give it to Copenhagen. The whole social networking scene has made it impossible (if you wanted to that is) not so have access to even the most famous faces in the industry.

I’m fairly confident that Copenhagen has been booked in for next year so I’m not going to suggest changing that however I feel the following would make the experience better: